Announcement from Kevin Loring of the NAC 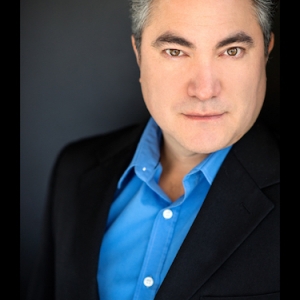 Announcement from Kevin Loring of the NAC

On World Theatre Day, Wednesday March 27, the CEO of the National Arts Centre of Canada received news from Canadian Heritage that there would be no money in the 2019 Federal Budget for Indigenous Theatre at the NAC.

In the year and a half that I have been in the position of Artistic Director of Indigenous Theatre, I have had the great honour of witnessing the depth, talent, ingenuity, bravery, skill and excellence of the Indigenous performing artists of this land. I have attended national and international performing arts events, conferences and festivals where I was celebrated, (to my discomfort), as the incarnation of Canadian progressiveness, the Artistic Director of the world’s first ever national level Indigenous Theatre.

It has been my hope to present and produce Indigenous dance and theatre productions, not just at the NAC, but to partner with companies across Canada. To bring Indigenous stories across the country, from coast to coast to coast. I hope to tour Indigenous artists, not just to our urban centres, but to under served communities as well. And to be an international hub of Indigenous artists and voices from around the world. In light of this funding denial, the scope of these aspirations must now be reconsidered.

I want to assure the amazing artists we’ve already engaged that, despite this disappointment, our inaugural season will go ahead as planned!

Since the decision to create the Indigenous Theatre department under the leadership of former CEO Peter Herndorf, the NAC Foundation has been tirelessly raising money through private and corporate donations from across the country. Because of their efforts and the generosity of these individuals, families and businesses, the first ever season of Indigenous Theatre is assured, albeit in a greatly diminished capacity.

And although the leadership of the NAC is committed to the existence of Indigenous Theatre, without ongoing financial support, we will not have the capacity to achieve our vision and full impact. We do not have the resources for outreach, professional development and engagement with Indigenous artists and communities that would have supported the work. We also won’t be able to support the efforts we had imagined necessary to elevate the Indigenous performing arts sector across the country. As the actual capacity of the department is now diminished, so too is the scope of any subsequent seasons.

I have now been put in the disturbing position of overseeing a department whose creation and existence is a financial burden to an already stressed institution – the NAC has not received an increase to its annual base funding in 15 years. To produce our inaugural season we have had to rely heavily on the other departments. This was necessary for our first year as we build capacity within the department. Going forward we will be even less capable of producing or presenting a season, even in partnership with the other departments without significant sacrifices to the seasons of our colleagues at the NAC. Perpetuating the narrative of Indigenous people being a burden, and looking for a hand out to support our existence.

Our stories are medicine. And they will persist despite the violence of neglect. Our stories have and will continue to transform this country. Our stories speak to the interconnected-ness of all things. They are the cultural heritage of this land. I have seen the power of story to heal. I have seen the engagement with the creative process transform and empower at-risk youth into the brilliant, powerful and spirited human beings they always were. I have personally witnessed theatre bridge the gaps within families and between communities.

Like our stories, we too are resilient. The NAC is committed to Indigenous Theatre going forward. And though I was tempted to resign in protest at the news of this funding denial, I am resolved, and will continue to honour the commitment that I made to the Indigenous storytellers of this land. Despite this set back, we will continue to celebrate Indigenous artists on our national stage.

We welcome you to witness the excellent season of Indigenous Theatre we’ve planned for you at Canada’s National Arts Centre.

Thank you for your support.

We remain committed to rising.