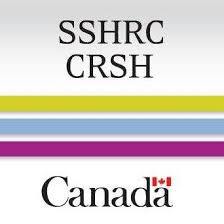 A five-organization collaboration led by the Indigenous Performing Arts Alliance has received $50,000 from the Social Sciences and Humanities Research Council (SSHRC). Aimed at “Decolonization Within the Performing Arts,” the project will directly engage and exchange knowledge on successful ways of conducting collaborations between Indigenous and non-Indigenous artists and organisations.

A partnership between the IPAA, the National Arts Centre Indigenous Theatre, Indigenous Arts at the Banff Centre for Arts and Creativity, the University of Victoria Department of Writing, and Electric Company Theatre, the project is one of 116 recipients of funding from the first Indigenous Research Capacity and Reconciliation – Connection Grants, which identify new ways of doing research with Indigenous communities.

Aimed at creating access and space for Indigenous artists and audiences through dialogue and envisioning new models and best practises, the goal is to encourage collaborations that are equal and supportive of Indigenous research and ways-of-knowing. Supporting community gatherings and workshops will mobilize existing knowledge, facilitate dialogue and knowledge sharing, and lead to transformation, all while making a significant contribution to reconciliation.

“This is just the preliminary chapter in an extended larger research project that will have effects not only on Indigenous and settler collaborations,” says Cynthia Lickers-Sage, Executive Director of IPAA, “but also on increasing engagement for a wider number of Indigenous communities across the country.”

Funding will enable the continuation of productive initial conversations that took place in November, 2018 during the Weesageechak Festival in Toronto, at the CAPACOA/CINARS conference in Montreal, and during PuSh Festival in Vancouver.

“Rather than getting caught in the pattern of Indigenous participants being tasked with ‘educating’ their non-Indigenous counterparts, we’re beginning with separate meetings that will inform the combined dialogues that will follow,” explains Lickers-Sage. “A great deal of discussion has been happening within Indigenous communities, so the first gathering of Indigenous participants can catalogue, share, and distill existing knowledge. Meanwhile, settler gatherings allow for self-education and initial idea-development.”

These conversations helped establish some of the important recurring themes and questions to be further explored in the research, and will continue through October 2019 in order to hear from and dialogue with a broad range of the Indigenous performing arts community and their non-Indigenous counterparts.

“Our Indigenous-only gathering in November, 2018 mirrored the teachings of the Two Row Wampum,” said JP Longboat, who established the framework of those conversations. “Wampums embody the sharing and autonomy of both Indigenous and non-Indigenous groups who share the same land, but practice different forms of governance, teachings and traditions. They remind us that we wish to engage in a treaty of friendship and healthy collaboration as Indigenous and non- Indigenous artists and establish ourselves as equals throughout this process.”

Once completed, the information gathered be will documented and anonymized, and ultimately made widely accessible through a living document to help guide partnerships and collaborations in the future.

“We are excited by the prospect of having a living document to help guide collaborations in the future and continuing to work towards its creation,” said Lickers-Sage. “We look forward to a time when Indigenous and settler partners can come together in an informed and balanced manner that creates space where all parties are comfortable, welcome, and inspired.”